The Karpman Triangle: A Powerful Model for Healing Life

Imagine that there is an enormous, invisible magnetic triangle right through our atmosphere, exerting a powerful psychological and gravitational pull on all of humanity. Imagine that the corners or apexes of the triangle are epicenters for 3 Power-Roles that humanity is drawn to, and that once sucked onto the triangle, a game begins.

Until each human being discovers this magnetic universal game board, we get pulled onto it via one of the power-roles, rescuer, persecutor or victim. Each of the power centers has a strong, tempting gravitational pull because we learn that once we join a power-role, it feels really great! At first.

Then, the drama unfolds. Hidden within the structure of this cosmic game board are forces that pull is down, into misery, isolation, fear and total frustration. It works like this: We get sucked on, via day- to- day roles we assume in life. These roles evolved in our lives and were reinforced because they worked for a little while, to get seen and known. In other words, the deep desire of the true Self, to be connected, to have power, to be respected and admired is initially fulfilled via the power-roles on the triangle.

But eventually, the frequency or energy of that role heads down, down, down. The power-roles are not aligned with truth, rather, they are forms of manipulation although we don’t realize this at first. We try harder. We inevitably start going around and around the game board, playing each role with the other people that get sucked onto the game board with us. Despair, misery, hopelessness and addictions ensue. We end up feeling separate, alone, misunderstood. 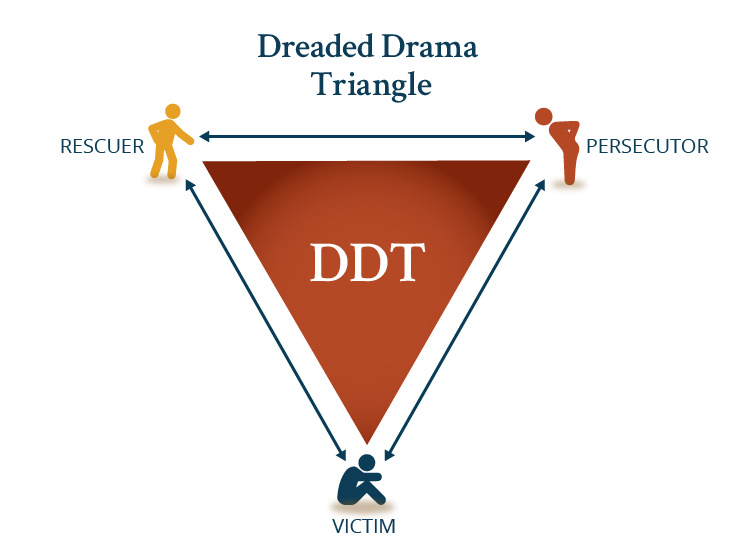 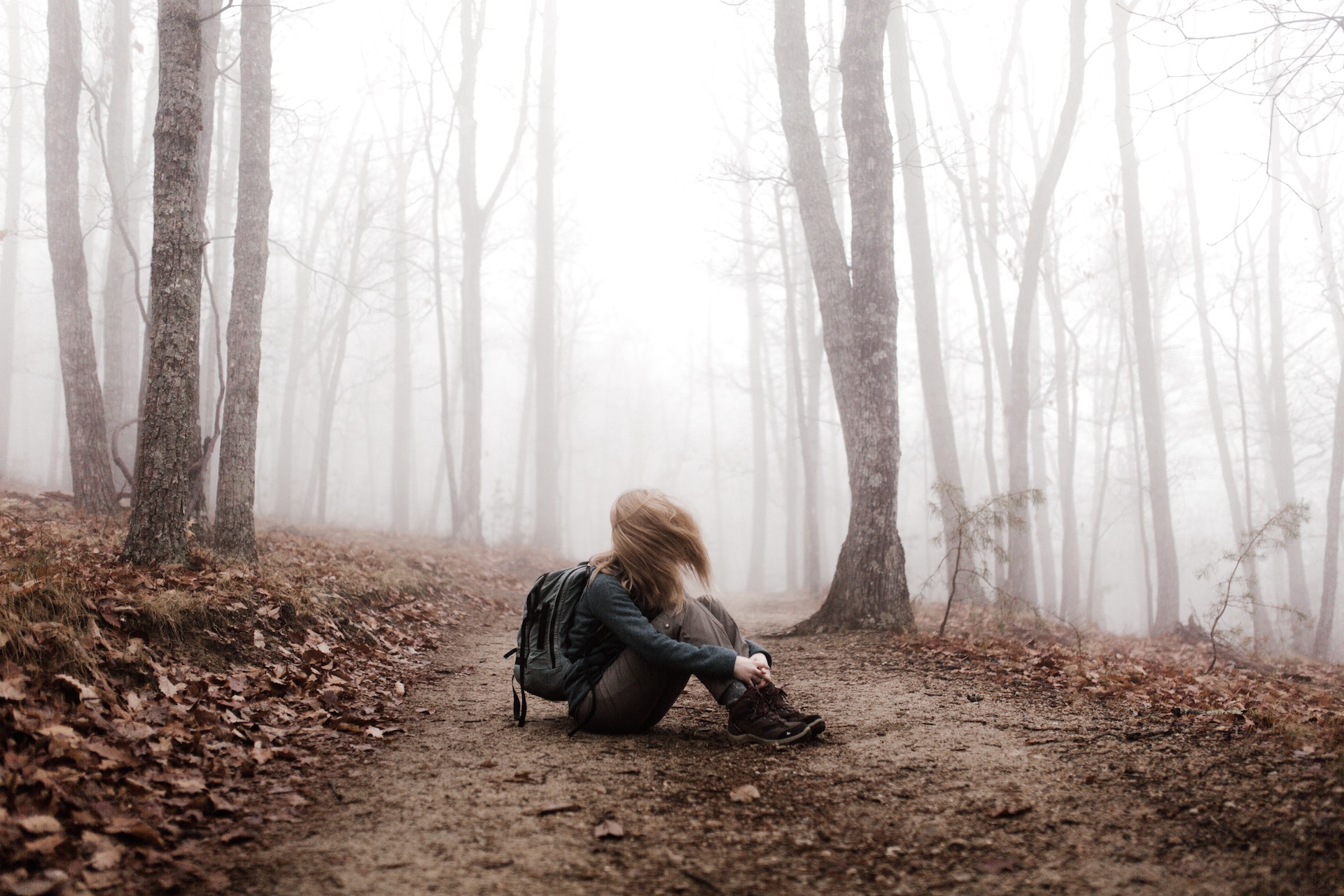 We are socialized to act out the 3 roles forming entry points to the triangle. During formative growing up years, one of these roles was reinforced in through our family system. We learned to get seen and get our needs met by engaging in each of these roles.

Identifies as someone who identifies by being helpful, accommodating, fixing problems, often being known as always giving, never taking, there for the people others give up on. Also known as co-dependent or enabling in addiction systems, rescuers do not trust that things will get done or work out without their ongoing efforts. When one is in the rescuing role, we extend ourselves too far into another’s personal power-space, while at the same time unconsciously seeking the inflated sense of importance through controlling/helping others. Rescuers have eventually have an intrusive energy, within a group, while depleting their own internal physical, emotional and spiritual energy in the long run.

Rescuers move to Victim when they are exhausted from lack of self- care and people aren’t giving back in the same extreme manner they did. Rescuers move to persecutor when their anger, even rage from their own depleted state boils over into blame.

Rescuers: Getting OFF the Triangle:

Identifies as someone who feels deep down that life is not fair to us, that we did not get enough of what others have, hence we tend to withhold optimism and enthusiastic participation in life. We have learned that we get your needs met by withdrawal, being quiet or staying sick despite help given, as well as by retreating, or withholding the connection or affection others seek. As such, when we are in this role, we suck energy from those around us, even in the silence of our manipulation. By being passive, this power-role draws helpers toward us, such as rescuers who need a job, or persecutors who need someone to become furious with and to blame.

Victims move to rescuing when they need to pump up someone else and can resort to persecutors when the passive or victim role isn’t working.

Victim/Passive Role: Getting OFF the Triangle:

Identifies as someone who feels superior to others, overtly or silently bullies and dominates others with an air of righteousness and intimidation. When in this role, we hide our insecurity by expressing overt criticism and blame of others, even if it just with a look on our face or gesture. As persecutors we exude an intrusive energy, where our upsetting frequency elicits a placating response from others which feeds into a cycle of rescuing this power role. Persecutors avoiding any effort at looking within, deferring responsibility for the events in life.

Persecutors move around the triangle, becoming rescuers in some roles, and resorting to passivity or victimhood in others.

Persecutors: Getting OFF the Triangle

When we get off the triangle, miracles ensue. We are assisted in mysterious ways, once we begin but not until we begin. 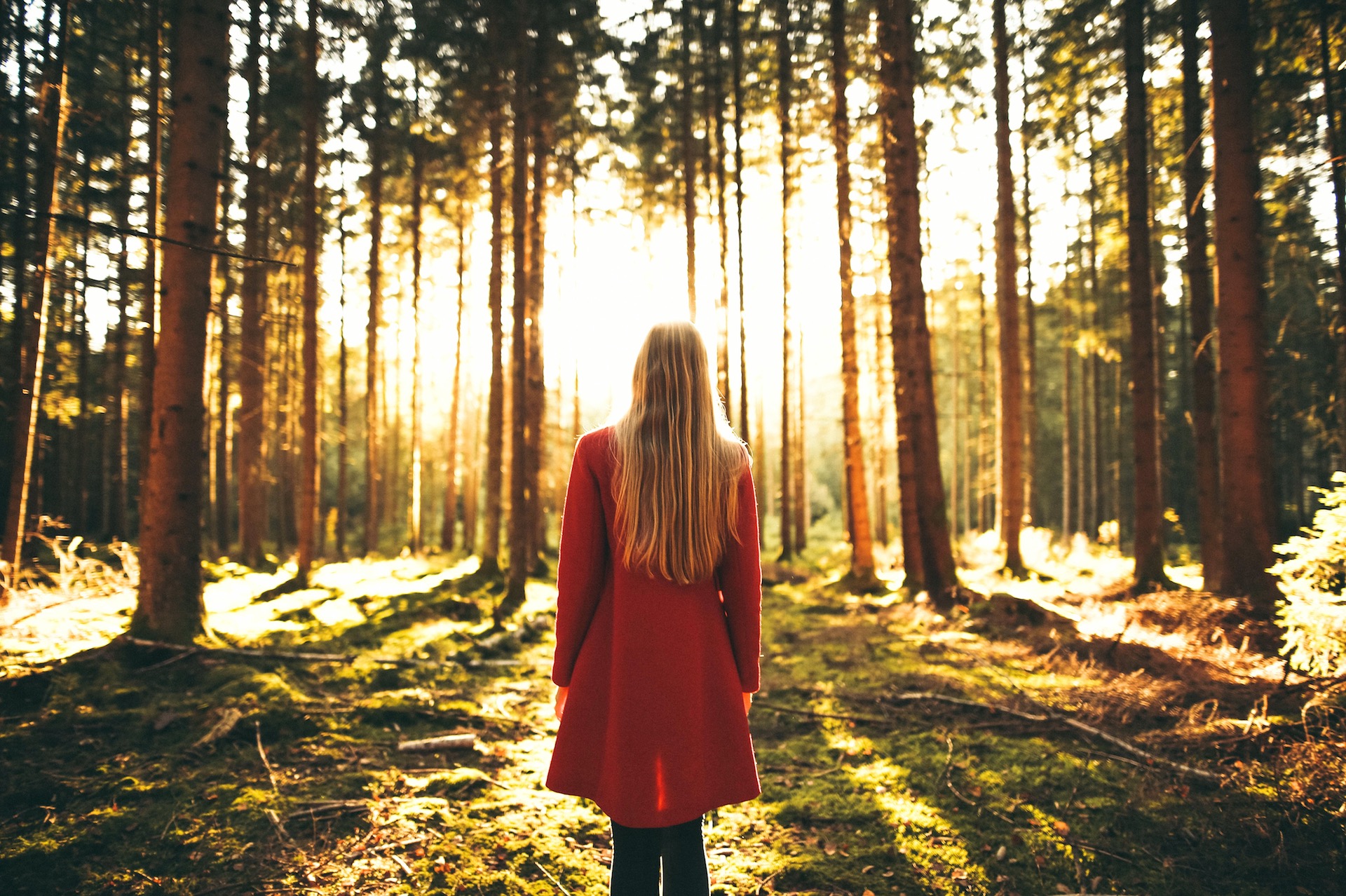 Do you relate to:

Do you relate to: